We began our game by choosing Elf Wizard, Guinevere. She is small, had long hair, wear white and dusty pink dress, her eyes big and green. She can fly and talk to animal.

All of us need to attend Festival Art before dawn. In the Festival Art, there were performance of Gamelan, Dikir Barat, Batu Seremban, Deepavali, Ponggal and Lion Dance. While walking, we heard noises screamed. So, everyone wonder what was happening. "What we should do?" said Guinevere. Everyone keep asking. However, we were not brave enough to offer help because we noticed that the fierce screaming sound was coming from the Hill Giant.

So, the mission began. All of fighters and wizards in order to help the festival. So then, all of us can go to the festival and celebrates it happily.

Human Fighter, Aasimar makes a first move. Unfortunately, they make a decision refused to help because they feel scared of the giant. Then, they passed it to Human Barbarian, Si Tompok and asking for help. Again, Si Tompok also refused to help. However, Human Druid, Merlin who was the first that willing to help the festival.

All fighters and wizards were facing the giant to fight it using their strength power. Some of them weak, hurt and lose while fighting at the Hill Giant.

Guinevere takes a risk to fight alone the giant but she lose and bleeding so much because of the giant. It almost dawn. All the fighters and wizards already tired, sad, and feeling hurts. They  felt guilty but need to continue the journey to the Art Festival  sadly because they cannot save the place and people that need help.

During topic of Art and Culture , our group choose music traditional,  Gamelan. Gamelan  is the traditional ensemble music of Java and Bali in Indonesia, made up predominantly of percussive instruments. Gamelan is still commonly played on formal occasions and in many traditional Indonesian ceremonies. For most Indonesians, gamelan is an integral part of Indonesian culture.

We choose gamelan because  the use of Indonesian gamelan have special needs and the music has to offer music therapy practice. Then, we would choose Gamelan because it is famous and increasingly used for music activities. Whilst aims are broadly educational, therapeutic benefits are also being noted.

If bad guys want to destroy our activities because he hate it, we will against it by by strengthening the military strategy and providing many tools and military forces to fight them. That's all from us.

Popular posts from this blog 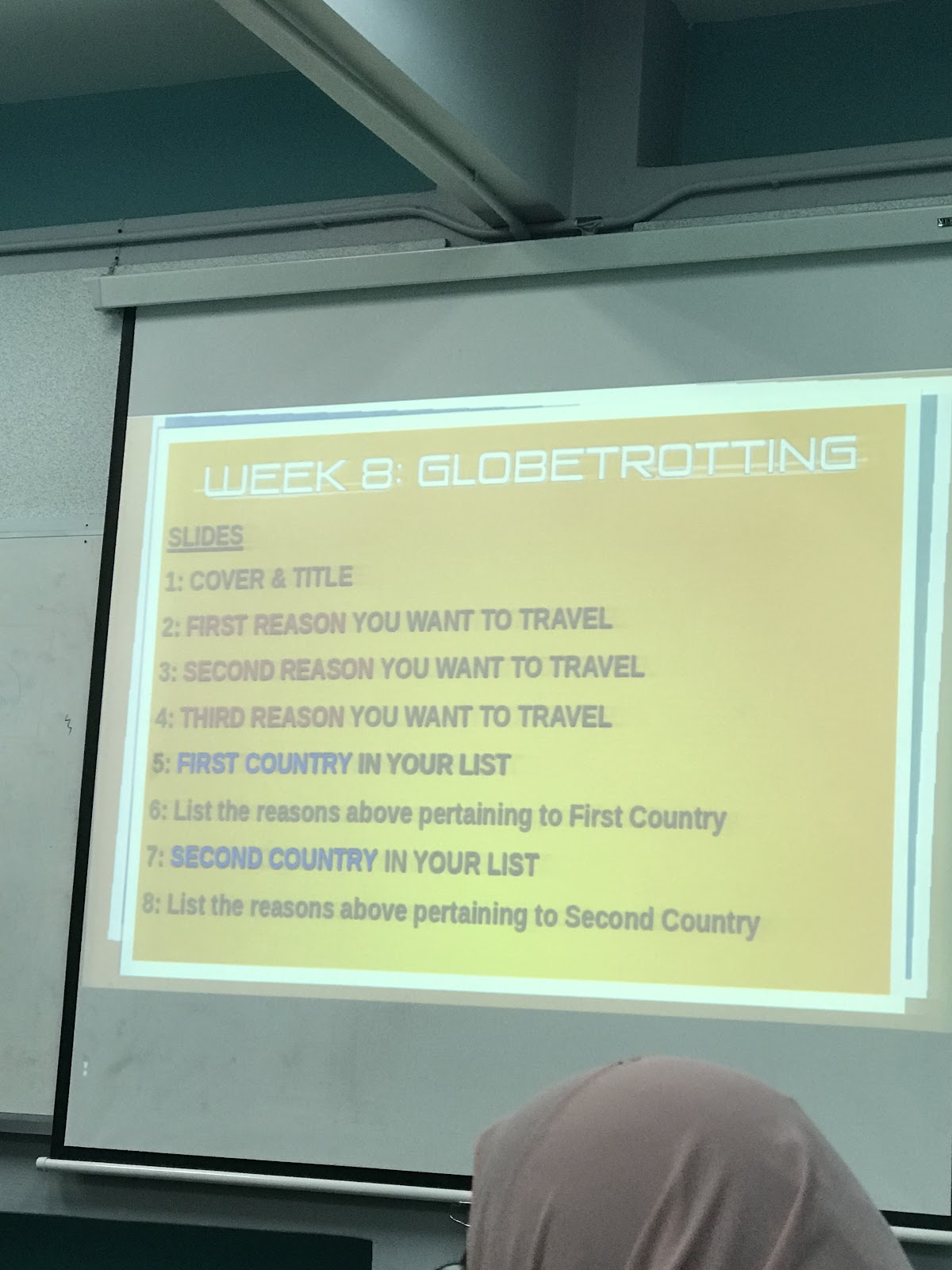 ACTIVITY 6 ( 10/4/2019) In this week 8, sir ask us to answer this question. At first, we can not understand what is the objective of this question and what is related with our learning. Then, we do this in our group and discuss between us about the country that we love to go. It was so fun because there is a lot of place that we want to travel all around the world. We decide to divide a question to make it easier to get an answer. And one of us do the slide for presentation. This was the slide from our group. We present in front of our friends. At first, we make a few mistake which is our detail was not so related to with “ compare & contrast essay”. After that, we make a correction and more understand about how this related with those kind of essay. And this is the segment for comparison between two country and the reason to make it as a point in essay. And as you can see, it was related with the 3 reason in first slide . Lastly, sir ask to decide which
Read more

ACTIVITY 3  EMPLOYMENT SYSTEM : HOW WE CAN MANAGE THING EASILY ( STUDENT ) First ways :- Alternative ways :-                  The Internet Of Thing ( IOT ), that we create is based on employment system. This system begin with student pointer after grading. After grading, the system will send the name of people who get excellent result to company that need their skills. Then, automatically that student will go to that company to do industrial training before selected to join the company. In the training period, the will provided with implanted microchip in their forehand. The planted chip is intended to track all the actions and results of the work done by the student. not only that, it is also used to locate the student's position while at work. This employment system also can detect the behaviour of the recruit. If the recruit does not match with the requirement, the system automatically will unlisted them to work with that company and send their resume
Read more